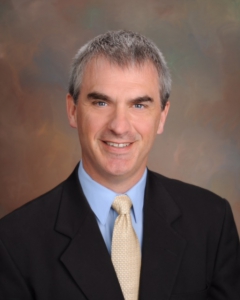 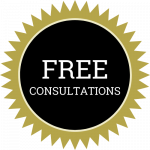 Martindale-Hubbell® is the facilitator of a peer review rating process. Ratings reflect the anonymous opinions of members of the bar and the judiciary. Martindale-Hubbell® Peer Review Ratings™ fall into two categories – legal ability and general ethical standards.

Colby was born and raised in Sioux City, Iowa. Fun fact: Colby is a second-generation Sioux City lawyer. His father practiced law in Siouxland for nearly twenty-five years. In addition to his father, Colby has three other family members who are also attorneys.

During law school, Colby published a casenote in the South Dakota Law Review (1998) and was both the Managing and Production Editor for Volume 44 of the South Dakota Law Review (1998-1999). He clerked with the South Dakota Supreme Court in Pierre before returning to Sioux City to join a private practice. Colby is a member of the Iowa Association for Justice, Iowa Academy of Trusts and Estate Counsel, and Siouxland Estate Planning Council, as well as various state and local bar associations. In 2020, Colby was certified as an Accredited Estate Planner (AEP®) designee by the National Association of Estate Planners & Councils in recognition of his experience, knowledge, education, and professional reputation involving estate planning and probate matters.

Colby has always been an avid athlete. In fact, he lettered in four different sports all throughout high school at Sioux City North – making him one of only three local students who achieved this feat. He received several baseball and academic college scholarships and was awarded All North Central Conference accolades his senior year at USD. Colby continued to play amateur baseball for various teams over his twenty-two-year career, but he was a member of the Vermillion Red Sox for the majority of his career. He won three State Championships, finished runner up one year, and was named to the All-Tournament Team twice.

Colby is also active in the lives of his sons. He coached little league for several years and was Cubmaster for their Cub Scout Pack. He can often be found enjoying any number of outdoor activities with his family or baking some decadent cheesecake. Colby’s athletic background has left him with a strong sense of motivation/focus, perfectionism, and willingness to fight. When you find yourself outmanned in the legal ring, Colby is definitely someone you want in your corner!